You are here: Denver1 / Foodie2 / Upscale Dining3 / The Fort 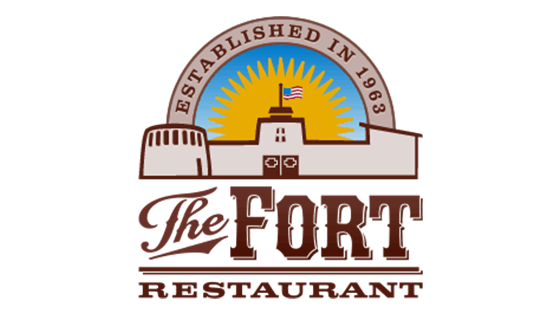 Click on the button for directions to this location:

In 1961, Elizabeth and Samuel Arnold purchased a red rock property in Morrison, Colorado, with the intention of building an adobe-style home reminiscent of Bent’s Fort. When the costs of construction exceeded the budget, the bank suggested opening a restaurant within it. The Fort restaurant opened for business in February 1963. A true family-owned and operated institution, Holly Arnold Kinney, daughter of founders Sam and Elizabeth, joined her father in partnership in 1999, and remains Proprietress of The Fort today.

The Fort has been a beloved Colorado dining destination since 1963, more than 50 years, and it has been recognized by local and national media, including The New York Times, Sunset Magazine, Bon Appétit, 5280 Magazine, and “The Today Show.” The Fort has also played host to many celebrities, including Julia Child, Luke Wilson and Jason Aldean, and dignitaries from Bill Clinton to George Bush.

Today, The Fort is on the National Register of Historic Places, and it has inspired a popular cookbook: Shinin’ Times at The Fort: Stories, Recipes and Celebrations at the Landmark Colorado Restaurant.

Paying homage to the property’s historic inspiration, The Fort’s cuisine is modeled after the diets of pioneers along the Santa Fe Trail, mountain men and native Indian tribes, as well as the culinary influences of the Mexican and Spanish traders who once occupied the border of Old Mexico and the U.S. Territory where the original Bent’s Fort sat. Kinney leads The Fort’s creation of “New Foods of the Old West,” bringing back modernized versions of popular recipes from the 19th century, utilizing a rare cookbook library with more than 3,000 volumes.

The Fort specializes in regional game, such as elk and quail, and is renowned worldwide for its buffalo specialities. In fact, The Fort serves more than 70,000 bison dinners every year – more than any other independently owned restaurant in the country.

Dishes such as roasted bison marrow bones, braised bison tongue, Rocky Mountain Oysters and Buffalo tenderloin filet mignon are menu staples, as are cocktails like Trade Whiskey, made with “organic” gunpowder, and “The Hailstorm,” the first Colorado cocktail served in 1833 at Bent’s Fort.